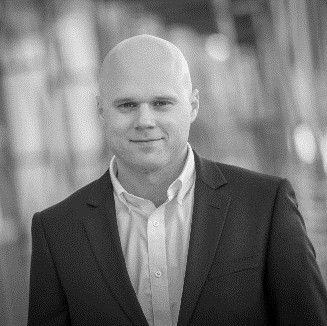 John is the founder and President of Biel Partners, LLC, a commercial real estate brokerage and property tax consulting group based in Addison, Texas. He is also the Co-Founder of United States Mask, a manufacturer of N95 respirators made in North Texas.  He is a proud graduate of the University of Texas at Arlington with a concentration in Real Estate.  He is a volunteer pilot with Angel Flight South Central, and serves on the NAIOP North Texas Board of Directors. John and his wife Molly Beth live in Waxahachie with their sons William and Matthew. 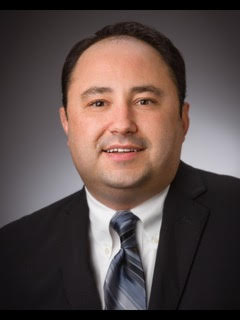 Herman B. Adler, MA, of Houston, is a practicing licensed psychological associate with independent practice. Mr. Adler has worked in the mental health field in both inpatient and outpatient settings for over ten years and was appointed by Governor Abbott to serve on the Texas State Board of Examiners of Psychologists in 2018. Mr. Adler is an associate member of the American Psychological Association and a member of the Texas Association of Psychological Associates. He received a Bachelor of Science in psychology from Texas A&M University and a Master of Arts in clinical psychology from the University of Houston-Clear Lake.

Dr. Becker is a psychologist who is Board Certified in Clinical Child and Adolescent Psychology and practices at Children’s Health Children’s Medical Center. Training and supervision are areas of particular interest for Dr. Becker; she is an Associate Professor in the Department of Psychiatry at UT Southwestern Medical Center and Associate Director of Training for the APA-Accredited Postdoctoral Fellowship in Clinical Child Psychology at Children’s. Clinically, Dr. Becker’s work is primarily in pediatric health psychology, delivering care to patients with chronic illness, mainly cystic fibrosis. She currently serves as Clinical Manager of the Psychiatry Consultation-Liaison Service, which delivers mental health and crisis stabilization services to youth who are medically hospitalized or seeking emergency care across the Children’s Health system. Dr. Becker is a member of the Texas Psychological Association, the Dallas Psychological Association, and the Society of Pediatric Psychology; she also sits on the National Mental Health Advisory Board for the Cystic Fibrosis Foundation. She completed her doctoral degree at the Rosalind Franklin University of Medicine and Science in North Chicago, Illinois, her predoctoral internship at the Baylor College of Medicine in Houston, Texas, and a 2 year postdoctoral fellowship at Nationwide Children’s Hospital in Columbus, Ohio. 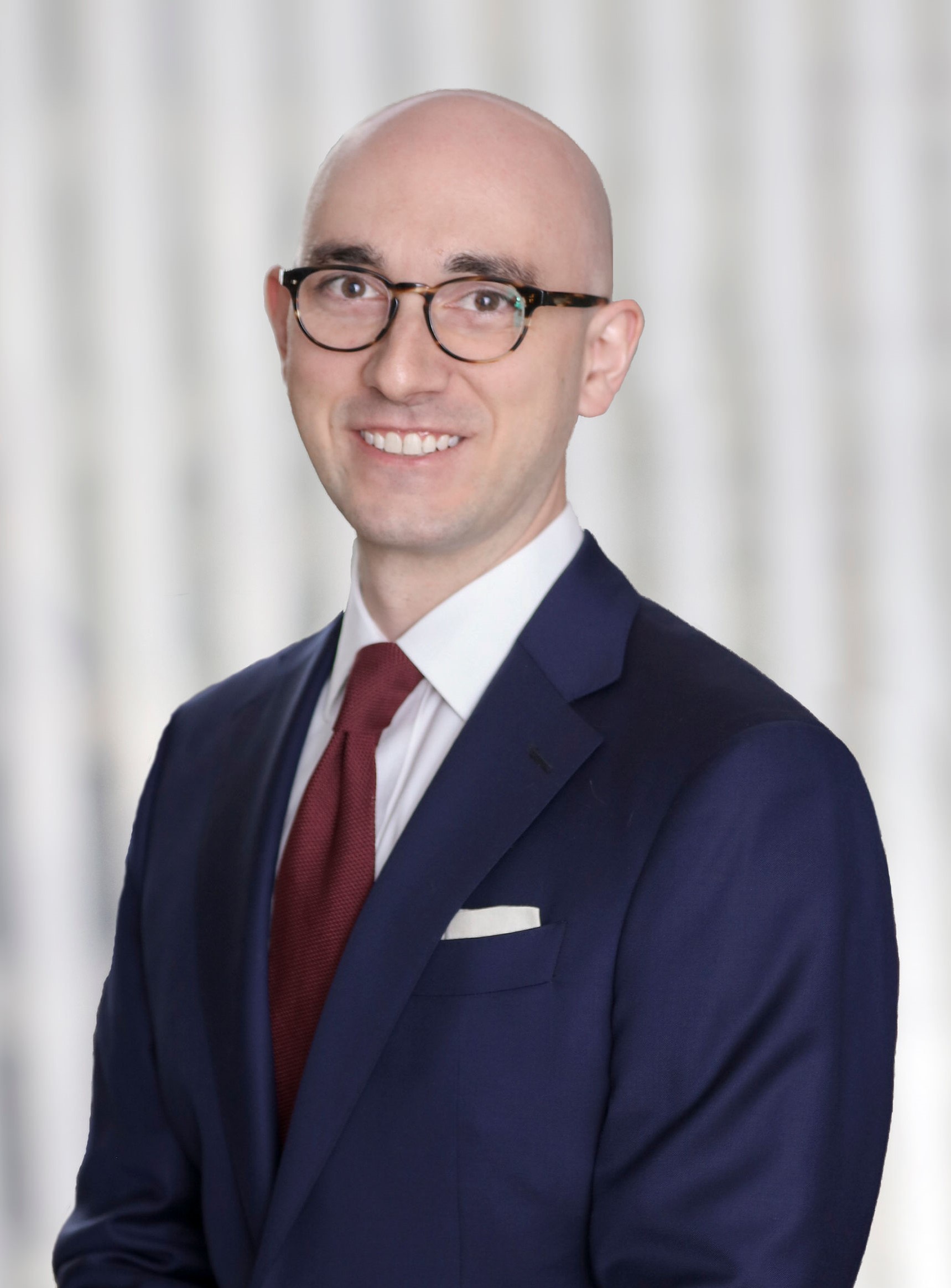 Mr. Bridges is a Risk Analyst with Total Petrochemicals, a multinational integrated oil and gas company and one of the seven supermajor oil companies in the world. He previously spent a number of years in insurance and financial services as the Director of Recruiting for the Fitzpatrick Group, and as a Financial Representative with AIG Financial Network. He was appointed by Governor Abbott in 2018, and formerly served as the Student Regent on the Texas State University System Board of Regents and Student Representative on the Texas Higher Education Coordinating Board. He received a Bachelor of Business Administration in General Business from Sam Houston State University and a Master of Business Administration from Sam Houston State University. Additionally, he is an Eagle Scout and a Master Mason with the Freemasons – Grand Lodge of Texas, as well as a Life Member of the Sam Houston State University Alumni Association. Ryan and his wife Amanda reside in Houston. 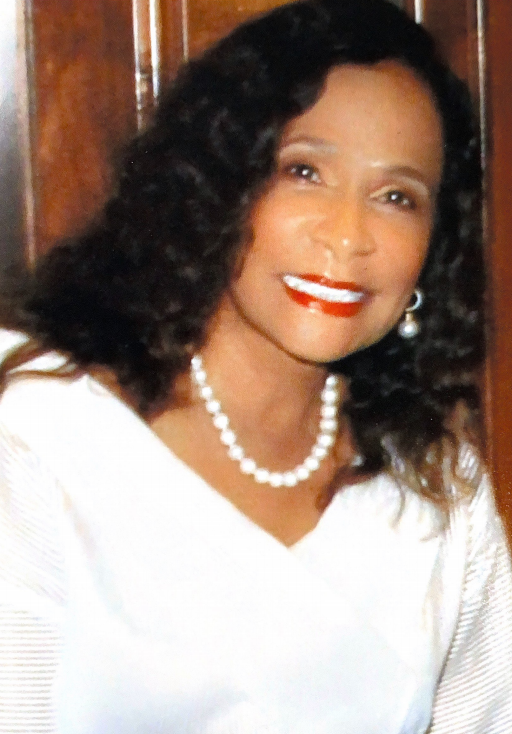 Dr. Jeanette Deas Calhoun received her doctorate in higher education administration from Florida State University with an emphasis in higher education leadership and student services. Additionally, she holds degrees from South Carolina State University and Atlanta University. Her work has led to a diverse list of experiences including social service, student development, needs assessment, grants, fundraising, organization and management theory, diversity and academic climate assessment, program development and student scholarships. She and her husband received the T.B. Butler Award as Citizens of the Year in 2020.  She was also the recipient of the Non-Violent Social Change Award from the Tyler Together Race Relations Forum and the Red Rock Association awarded Dr. Calhoun the Erudite Award, which honored her for outstanding services to her community. She is member of the East Texas Chapter of the Links Inc., and Alpha Kappa Alpha Sorority. Jeanette serves as the Executive Director and CEO of the East Texas Cares Resource Center (ETCRC) in Tyler, an organization committed to working with marginalized persons. A significant number of the clients are living with HIV. The Agency’s motto is “Hope Amid Despair”. Dr. Calhoun is married to Kirk A. Calhoun, MD, FACP and are grandparents to Cameron Rose Calhoun, daughter of their son Kenneth and his wife Arin. They also have a daughter, Kara Marie Calhoun, MD.

Dr. Mark Cartwright is the founder and CEO of Cartwright Clinical Services, PLLC. He has been a Texas Licensed Psychologist since 2008, and a Licensed Specialist in School Psychology since 2007. He has provided psychological evaluations, psychotherapy, and consultations in a variety of settings, including private practice, schools, hospitals, and long-term care facilities throughout the state of Texas. He is also actively involved in supervising and training individuals seeking licensure in various fields of mental health. He is a member of the American Psychological Association, Texas Psychological Association, and the Dallas Psychological Association. Dr. Cartwright received a Bachelor of Arts and Sciences from Ohio University, and a Master of Arts and Doctor of Philosophy in School Psychology from the Ohio State University. He completed an APA accredited doctoral internship at Fort Worth Independent School District and his Post-Doctoral Fellowship at Children’s Medical Center of Dallas in the outpatient psychiatry department. 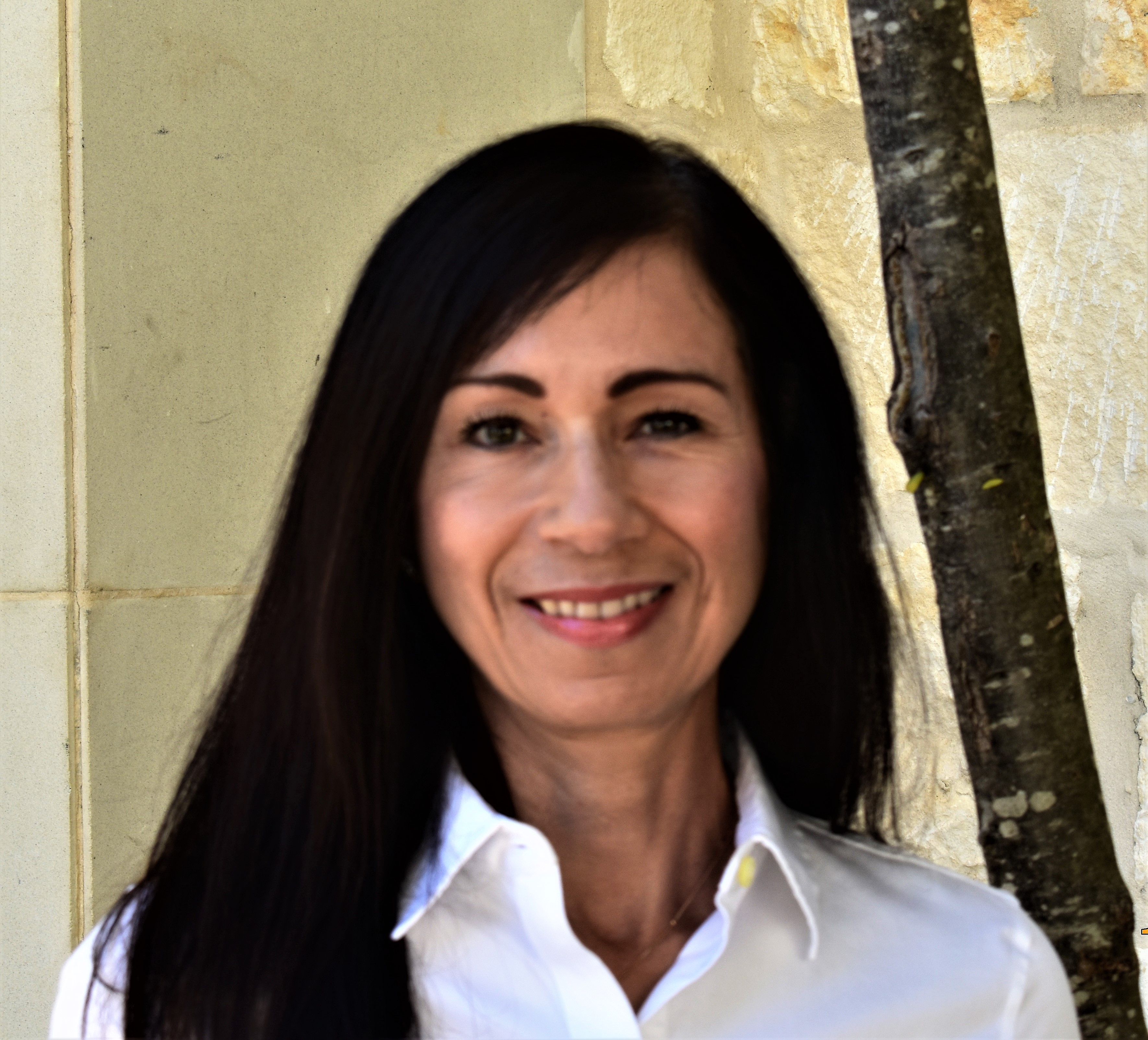 Dr. Lambdin graduated from the University of California at Los Angeles (UCLA) with a B.A. in psychology.  She went on to complete her Master’s and Doctoral degrees from The California School of Professional Psychology at Los Angeles (CSPP-LA), now Alliant International University, with an emphasis in Multicultural Community Mental Health.  Dr. Lambdin has been licensed to practice independently since 1996.  In 2015 she relocated to Texas and became licensed to practice independently by the state of Texas in 2016.  Dr. Lambdin has twenty-six years of professional experience that includes settings such as community mental health centers, university counseling centers, Non-public/Charter Schools, Head-Start Programs, In-patient rehabilitation wards, Cardiac Rehabilitation Units, and Geropsychiatric wards, nursing centers, and in private practice.  She has also worked with a myriad of populations including preschoolers, students, university students, geriatric populations, Special Education students, HIV positive/AIDS populations, bilingual and monolingual Spanish-speaking individuals.  While working with school-aged children at an agency that provided school-based psychotherapy to students and their families, Dr. Lambdin conducted staff trainings and was solely responsible for conducting the agency’s psychological testing at all sites.  Dr. Lambdin maintains a private practice in the city of Kerrville. 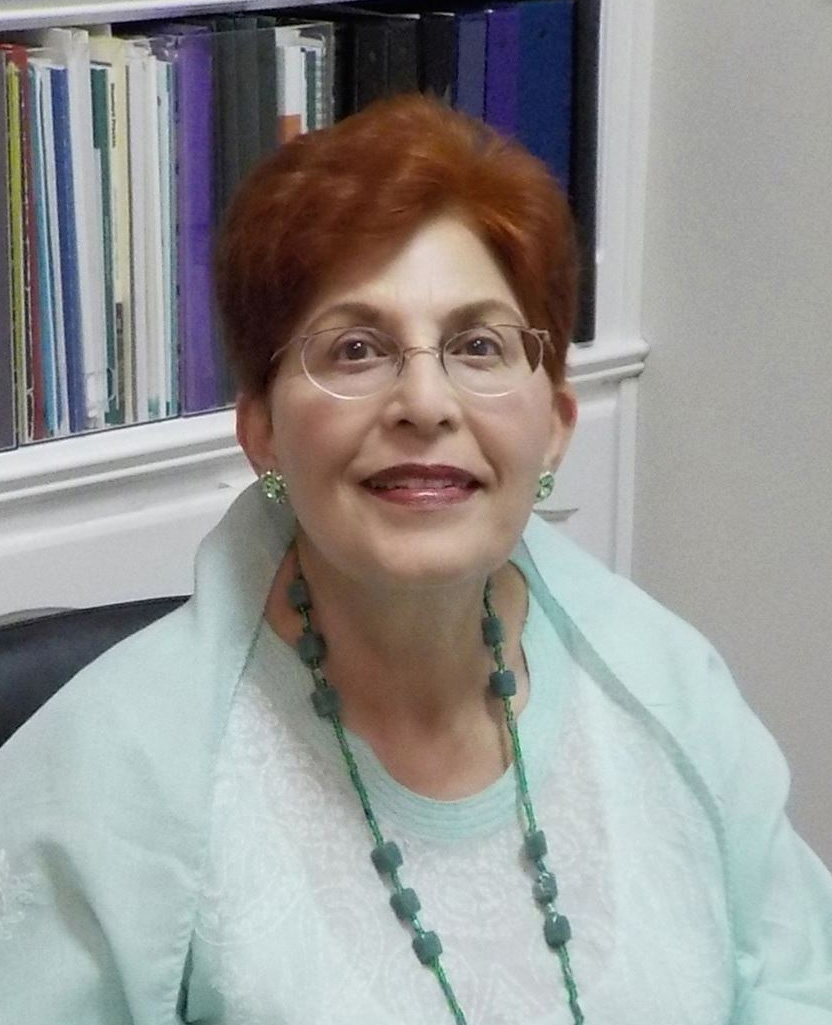 Dr. Sangeeta Singg, PhD, LP is a professor of psychology at the Angelo State University (ASU) where she started the graduate counseling psychology program and served as the Program Director for many years. She is a past president of the Psychological Association of Greater West Texas (PAGWT) and received “Top Honors with an Award of Meritorious Service” and “Outstanding Leadership as the President, Unfaltering Dedication, and Unrelenting Meritorious Service for Ten Years to the PAGWT.” Her other honors include “Jimmy Alvarez Outstanding Contribution to the Counseling Profession” award from Three Rivers Counseling Association, ASU Alumni Association Distinguished Faculty Achievement Award, Phi Delta Kappa Research Award, and Texas A&M University-Commerce’s Ambassador Award. She was recently named as the “Remarkable Woman of Concho Valley,” a Nexstar Media initiative to honor women who have had influence on “public policy, social progress and the quality of life” and who make “difference by self-achievement, community contribution and family impact.” She was also named a “San Angelo Woman to Watch” by the San Angelo Business & Professional Women’s Club. ­ Singg has served on numerous local and national boards of directors of nonprofit organizations including the board of the American Heart Association, Tom Green Division for 35 years, serving four terms as president. She is also an avid researcher with 45 publications and 120 presentations. Singg holds a bachelor’s degree from Punjab University, a master’s degree from Mississippi State University in sociology, and master’s and doctoral degrees in psychology from Texas A&M-Commerce. 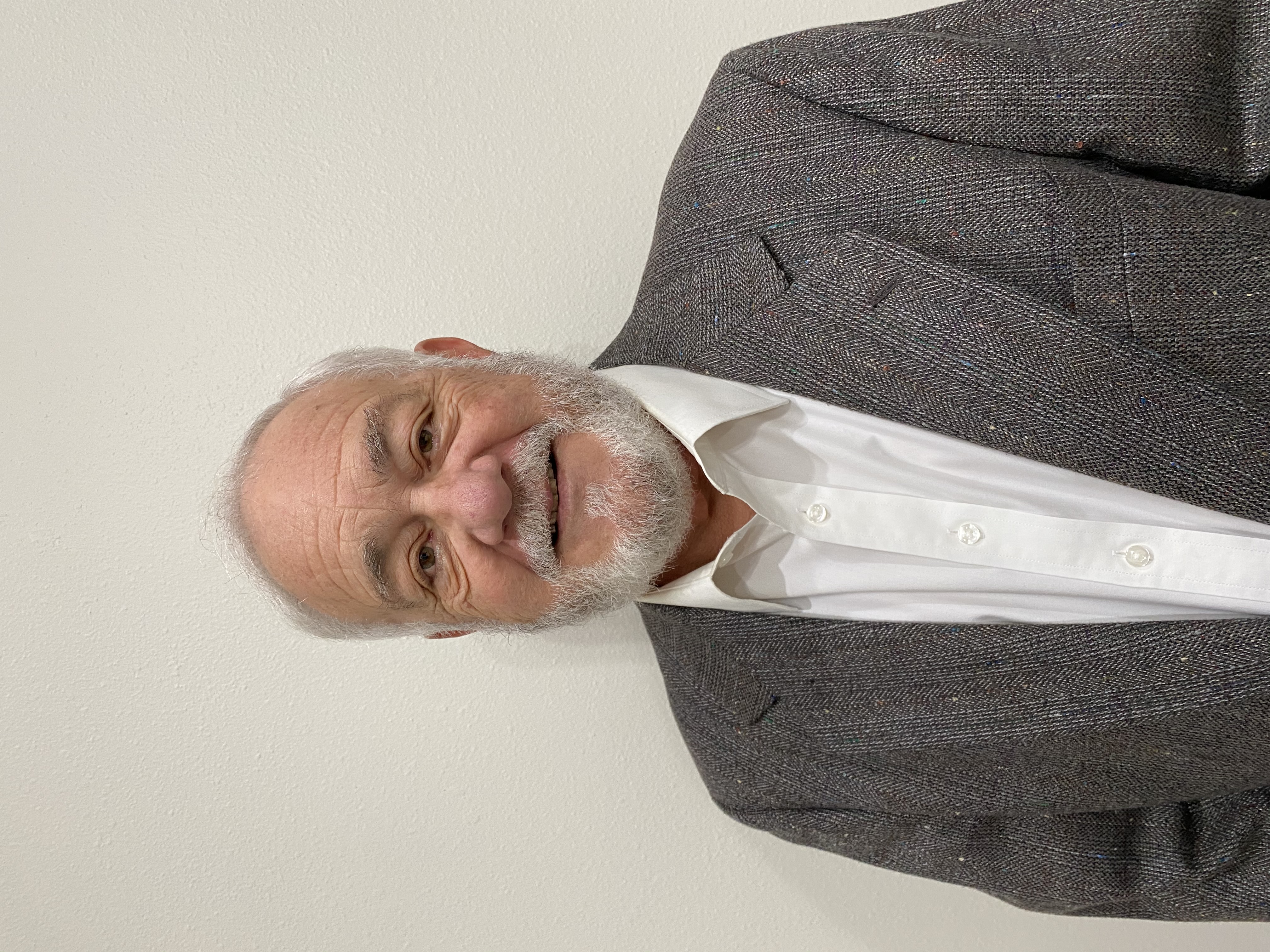 Mr. Zagourisis a licensed psychological associate and licensed specialist in school psychology who spent a number of years in the Rio Grande Valley region providing assessments and counseling services for adolescent students dealing with mental health issues. Prior to practicing school psychology, he worked with various rehabilitation groups. Mr. Zagouris received a Bachelor of Science in secondary education and a Master of Arts in psychology and education from Texas A&M University – Kingsville.